Consider a long taut horizontal string of great length. Suppose one end is in the hand of a person and the other is fixed to an immobile object. Now suppose that the person moves her hand up and down. The person causes her hand, and her end of the string, to oscillate up and down. To discuss what happens, we, in our mind, consider the string to consist of a large number of very short string segments. It is important to keep in mind that the force of tension of a string segment exerted on any object, including another segment of the string, is directed away from the object along the string segment that is exerting the force. (The following discussion and diagrams are intentionally oversimplified. The discussion does correctly give the gross idea of how oscillations at one end of a taut string can cause a pattern to move along the length of the string despite the fact that the individual bits of string are essentially doing nothing more than moving up and down.

The person is holding one end of the first segment. She first moves her hand upward.

This tilts the first segment so that the force of tension that it is exerting on the second segment has an upward component.

This, in turn, tilts the second segment so that its force of tension on the third segment now has an upward component. The process continues with the 3rd segment, the 4th segment, etc.

and eventually start moving downward. Inertia plays a huge role in wave propagation. “To propagate” means “to go” or “to travel.” Waves propagate through a medium. 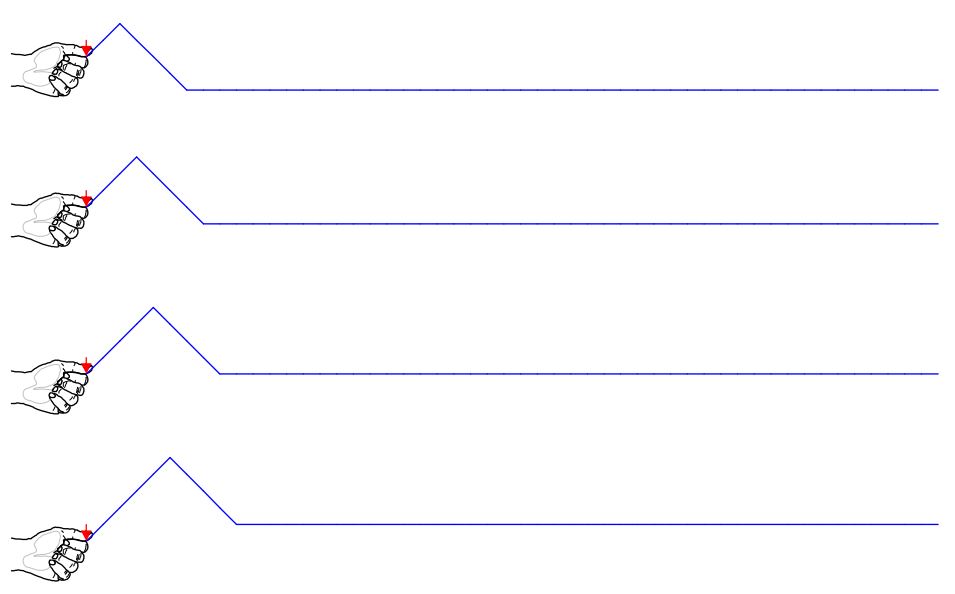