Let’s look at the situation again:

Drawing the position vs. time graph

From the motion diagram, the shot put starts at position zero, and then has positive, increasing positions throughout the remainder of its motion. The horizontal position increases by even amounts in even time intervals. Typically, both the horizontal and vertical positions are displayed on the same axis. 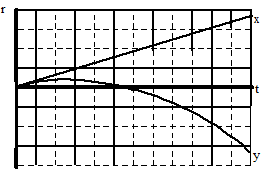 Drawing the velocity vs. time graph Drawing the acceleration vs. time graph

From the motion diagram, the acceleration of the shot-put can be determined to be directed downward at every point. Thus, the horizontal component of acceleration is zero and the vertical component is negative, and approximately constant due to our model's approximations. 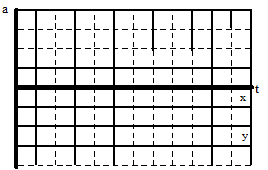