The Lorentz force is the force experienced by charge in the presence of electric and magnetic fields.

Consider a particle having charge \(q\). The force \({\bf F}_e\) experienced by the particle in the presence of electric field intensity \({\bf E}\) is

where \({\bf v}\) is the velocity of the particle. The Lorentz force experienced by the particle is simply the sum of these forces; i.e.,

The term “Lorentz force” is simply a concise way to refer to the combined contributions of the electric and magnetic fields. 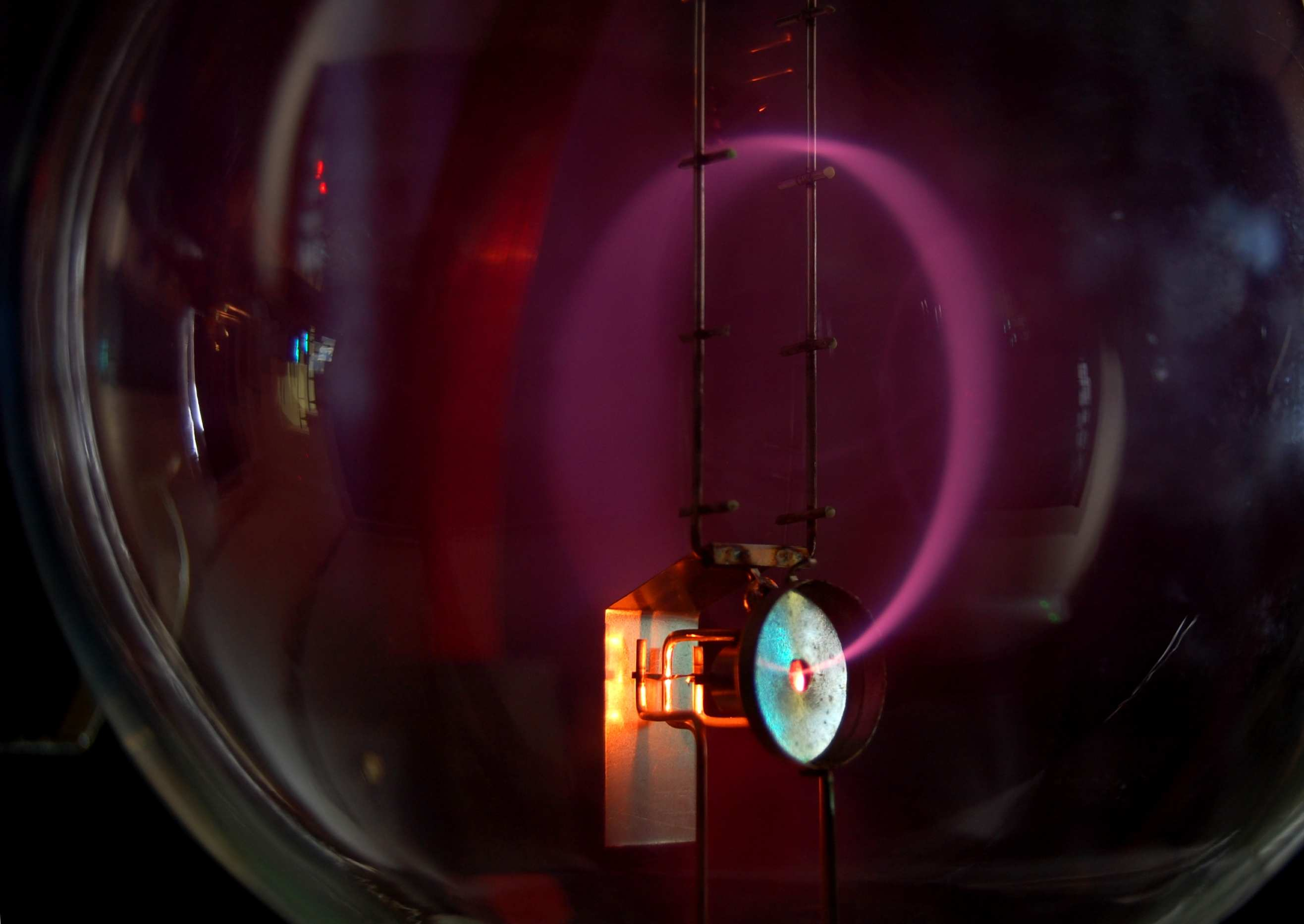 Figure \(\PageIndex{2}\): Electrons moving in a circle in a magnetic field (cyclotron motion). The electrons are produced by an electron gun at bottom, consisting of a hot cathode, a metal plate heated by a filament so it emits electrons, and a metal anode at a high voltage with a hole which accelerates the electrons into a beam. The electrons are normally invisible, but enough air has been left in the tube so that the air molecules glow pink when struck by the fast-moving electrons. ( CC BY-SA 4.0; M. Biaek)