In this lab, we will create these conditions in the following way:

In an attempt to show how this procedure works for various degrees of uncertainty in the scatter pattern, you will do two separate experiments (use separate pieces of white paper for each) – one where the marble is dropped from a position above the head of the dropper, and one where the marble is dropped from waist-height. Important: It is possible for a human to hone their aim and improve their results with repeated trials, but we want every drop to be independent, so you should make sure that the dropper moves out of position after every drop, and starts fresh each time, giving them no way to make minute adjustments from the previous drop.

[As this is your first 9-series lab, much more guidance will be given regarding the methodology than is typical.  Future labs will have similar sorts of steps for data analysis, but will not be so spelled-out for you.]

For each of your two runs, do the following: 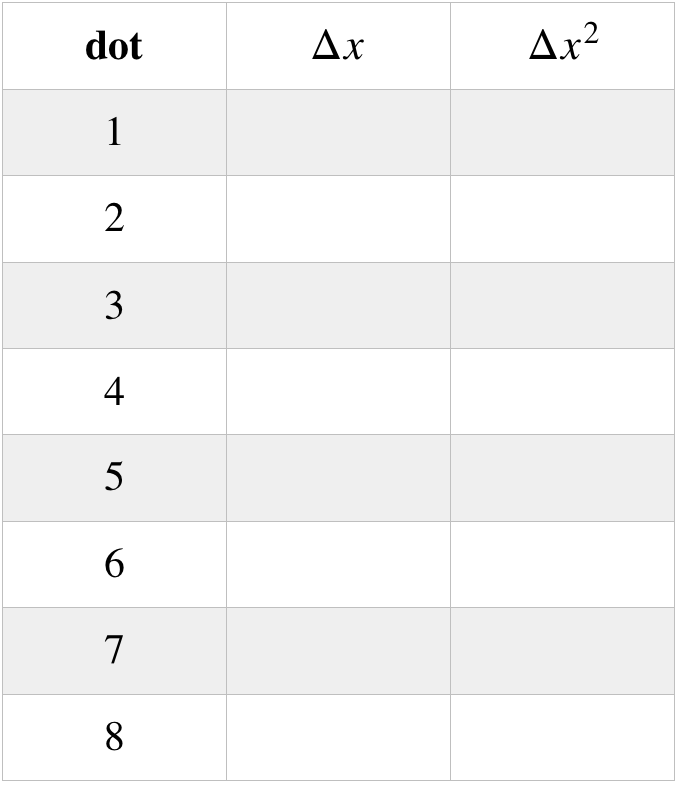 In any other experiment, developing an hypothesis comes before the data collection and analysis. In this exercise we have placed it later, because the experiment doesn't test any actual physical principles, but has rather just been contrived to illustrate the concept of uncertainty. Whenever performing an experiment, the hypothesis outlines the expected results. In this experiment, since we are aiming at a specific point on the paper, the hypothesis is as simple as, "The person is dropping the marble on the target point on the paper." While no individual drop actually hits this target point, the hypothesis states what would happen if all of the uncertainty could be removed (i.e. if the person had perfect aim).

So how do we use our data to confirm the hypothesis? The short answer is that we check to see if the expected result lands within the uncertainty range of the experimental result (i.e. the average). In terms of what we have done here, the hypothesis is confirmed if the target point lies within the circle we have drawn around the average landing point.

But not so fast. The person may have actually been aiming at any number of points besides the target point – anywhere inside the circle, in fact. So it turns out that this hypothesis is too broad to be useful. A better hypothesis would be one that involves a comparison. This is why we have created two prospective targets, only one of which is the actual one, which we will call "Target A." Now we can form a more specific hypothesis: "Given that the person is aiming at one of the two targets, the target they are aiming at is A." Not all hypotheses can be boiled-down to two possibilities, but this is a nicely illustrative example. There are several possibilities here:

Craft a lab report for these activities and analysis, making sure to include every contributing group member's name on the front page.  You are strongly encouraged to refer back to the Read Me as you do this, to make sure that you are not leaving out anything important.  You should also feel free to get feedback from your lab TA whenever you find that your group is at an impasse.

Every member of the group must upload a separate digital copy of the report to their lab assignment in Canvas prior to leaving the lab classroom.  These reports are not to be written outside the lab setting.