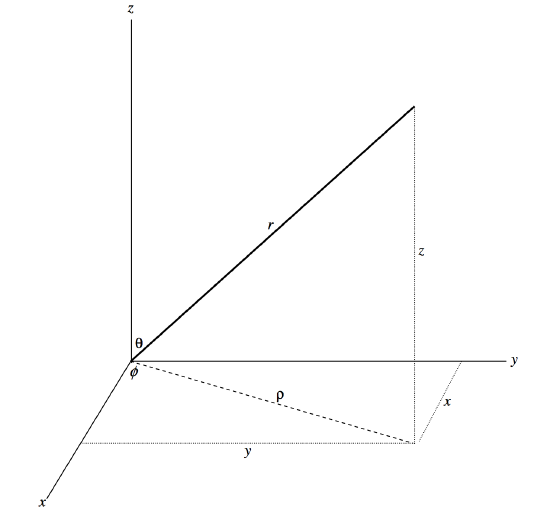 The figure of the Earth is not perfectly spherical, for it is slightly flattened at the poles. For the present, however, our aim is to become familiar with spherical coordinates and with the geometry of the sphere, so we shall suppose the Earth to be spherical. In that case, the position of any town on Earth can be expressed by two coordinates, the latitude \(\phi\), measured north or south of the equator, and the longitude \(λ\), measured eastwards or westwards from the meridian through Greenwich. These symbols, \(\phi\) for latitude and \(λ\) for longitude, are unfortunate, but are often used in this context. In terms of the symbols \(θ\), \(\phi\) for spherical coordinates that we have used hitherto, the east longitude would correspond to \(\phi\) and the latitude to \(90^\circ − θ\).