A transmission line is a structure intended to transport electromagnetic signals or power.

A rudimentary transmission line is simply a pair of wires with one wire serving as a datum (i.e., a reference; e.g., “ground”) and the other wire bearing an electrical potential that is defined relative to that datum. Transmission lines having random geometry, such as the test leads shown in Figure \(\PageIndex{1}\), are useful only at very low frequencies and when loss, reactance, and immunity to electromagnetic interference (EMI) are not a concern. 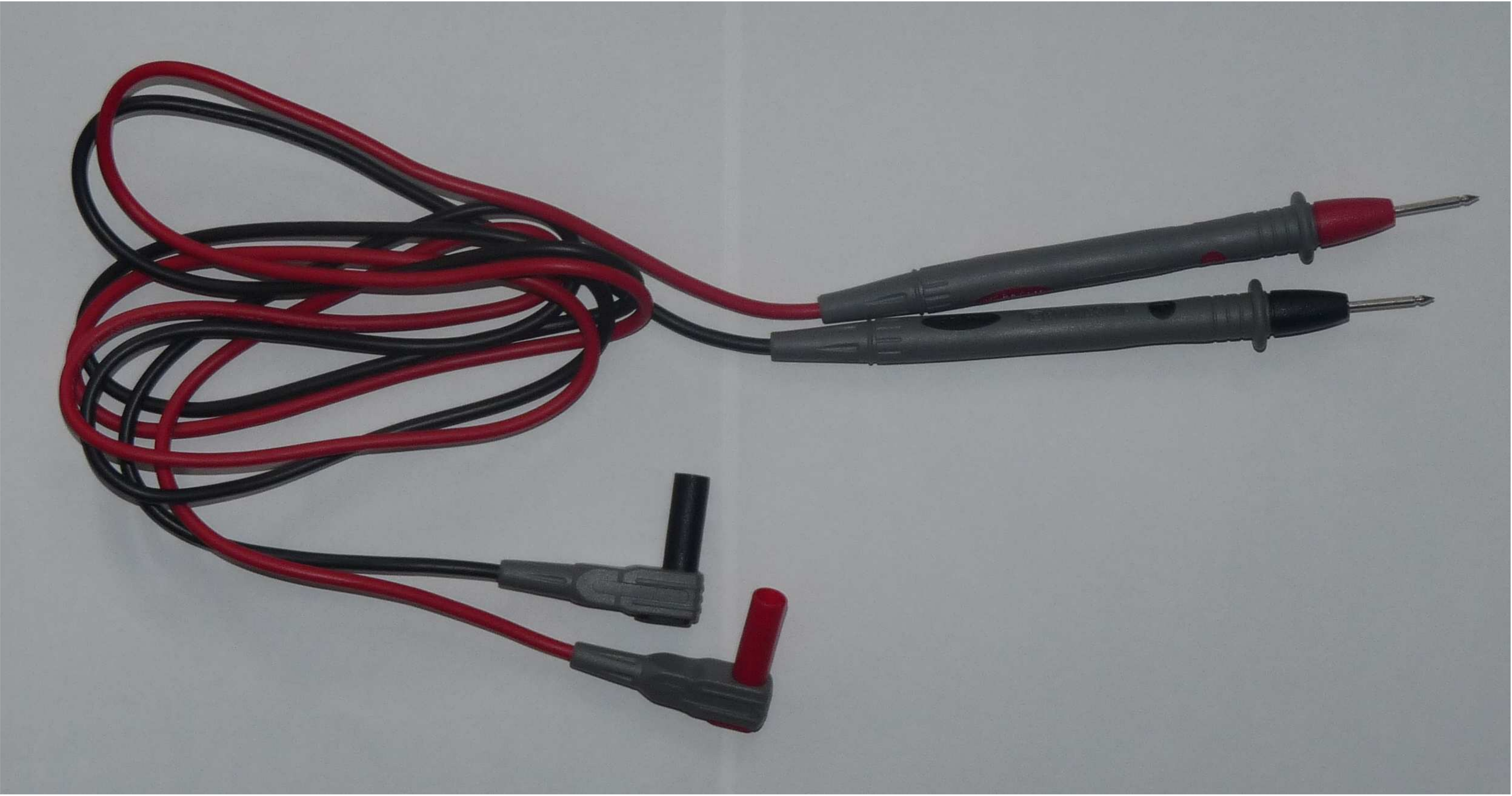 Figure \(\PageIndex{1}\): These leads used to connect test equipment to circuits in a laboratory are a very rudimentary form of transmission line, suitable only for very low frequencies. (Public Domain; Dmitry G)

In electromagnetics, the term “transmission line” refers to a structure which is intended to support a guided wave. A guided wave is an electromagnetic wave that is contained within or bound to the line, and which does not radiate away from the line. This condition is normally met if the length and cross-sectional dimensions of the transmission line are small relative to a wavelength – say \(\lambda/100\) (i.e., 1% of the wavelength). For example, two randomly-arranged wires might serve well enough to carry a signal at \(f=10\) MHz over a length \(l=3\) cm, since \(l\) is only 0.1% of the wavelength \(\lambda=c/f=30\) m. However, if \(l\) is increased to \(3\) m, or if \(f\) is increased to 1 GHz, then \(l\) is now 10% of the wavelength. In this case, one should consider using a transmission line that forms a proper guided wave.

Preventing unintended radiation is not the only concern. Once we have established a guided wave on a transmission line, it is important that power applied to the transmission line be delivered to the circuit or device at the other end and not reflected back into the source. For the random wire \(f=10\) MHz, \(l=3\) cm example above, there is little need for concern, since we expect a phase shift of roughly \(0.001\cdot 360^{\circ} = 0.36^{\circ}\) over the length of the transmission line, which is about \(0.72^{\circ}\) for a round trip. So, to a good approximation, the entire transmission line is at the same electrical potential and thus transparent to the source and destination. However, if \(l\) is increased to \(3\) m, or if \(f\) is increased to 1 GHz, then the associated round-trip phase shift becomes \(72^{\circ}\). In this case, a reflected signal traveling in the opposite direction will add to create a total electrical potential, which varies in both magnitude and phase with position along the line. Thus, the impedance looking toward the destination via the transmission line will be different than the impedance looking toward the destination directly (Section 3.15 gives the details). The modified impedance will depend on the cross-sectional geometry, materials, and length of the line.

Cross-sectional geometry and materials also determine the loss and EMI immunity of the transmission line.

Transmission lines are designed to support guided waves with controlled impedance, low loss, and a degree of immunity from EMI.