A small point to be made is as follows. From what we have said, the magnetic moment of an atom (excluding nuclear spin, if any) is of magnitude \(\mu = g\mu_B \sqrt{J (J +1)}\). (This follows from the definition of \(g\), which is the ratio of the magnetic moment in units of the Bohr magneton - i.e. \(\mu/\mu_B\) - to the angular momentum in units of \(\hbar\).) In vector form this must be written \(\boldsymbol{\mu} = −g \mu_B \textbf{J}\), where \(\textbf{J}\) is a dimensionless vector of magnitude \(\sqrt{J(J +1)}\) and the minus sign arises because of the negative electron charge, the magnetic moment and angular momentum vectors being oppositely directed. 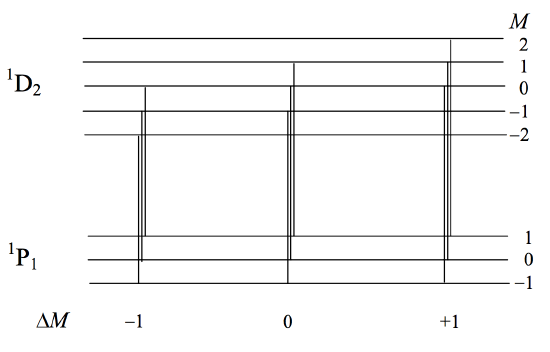